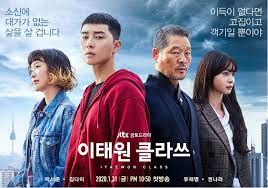 Park Seo-joon, the prince of romantic comedies has won millions of hearts through his romantic acting in his dramas. He is one of the top heroes of the Korean industry and through his recent drama, Itaewon Class, Seo-joon has proved that he is great at vengeance, retaliation, and stoic roles as well.

Here are the Allsorts kdrama’s top 4 dramas of Park Seo-joon that made him one of the Top Hallyu Stars.

She was Pretty is a breakthrough drama for park Seo-joon.

Park Seo-joon starred as Ji Sung-joon, youngest deputy chief editor in Korea gets attracted to an unattractive Hye-jin without knowing that she is actually his first love. The series was a super hit domestically with Peak Rating. Park Seo-joon received Excellence Award under Actor in a Miniseries, Top 10 Stars, and Popularity Award, Actor at MBC Drama Awards for She was pretty.

Inspired by a true story, this romantic comedy is about two people Ji Sung-joon and Kim Hye-jin who meet after years in a fashion magazine’s publishing office but unable to recognize each other! When Hye-jin happens to work for Sung-joon, now the deputy chief editor, he mistreats hye-jin for her clumsy mistakes without knowing that she is his first love as her appearance totally changed because of her family experiencing hardships and also, she let Ha-ri( her friend) appear in her place when she decided to meet sung-joon initially. A triangle love starts when ha-ri also started to love Sung-joon.

Park Seo-joon acted as Ko Dong-man, A former famous taekwondo player but had to stop because of a painful past, is now a budding mixed martial arts fighter. Later, he realized his love for his long time best friend, Choi Ae-ra (Kim ji-won) and struggles to succeed in his career and love life.

The story revolves around 4 friends who crave for success in career and love. The drama is very realistic as it depicts a normal youth’s day-to-day life. The drama is heavily appreciated for the performances of all four actors and for the storyline.The blossoming love between long time friends will be amazing to watch!

Fight For My Way lead the slot and topped the index for 3 weeks consecutively. This drama is a breakthrough drama for Kim ji-won as a lead.

The drama has won Best Drama Award and Drama of the Year at 30th Korea Producer Awards and Brand of the Year Awards respectively.

Park Seo-joon starred as Park Sae-ro-yi, owner of DanBam, a bar-restaurant in Itaewon. Itaewon class featured seo-joon’s in a different angle rather than his usual romantic comedy portrayals. Seo-joon is praised for his acting and the drama went on to become the seventh highest-rated drama in Korean cable television history (as of June 2020).

In his school life, Sae-ro-yi gets expelled for punching Geun-won, Jangga Group’s CEO Jang’s son, who was bullying a classmate. He becomes bereaved when Geun-won, because of rash driving, killed Sae-ro-yi’s father. Sae-ro-yi becomes furious after his father’s death and attacks Geun-won that lead to being expelled and sentenced to three Year jail.

After he gets released, he opened a bar named DanBam and strives hard along with his staff to compete and defeat Jangga Group, a food conglomerate owned by Geun-won’s father CEO Jang.

Park Seo-joon acted as Lee Young-joon, the President and Vice Chairman of Yumyeong Group along with Park Min-young as Mi-so/ Secretary Kim ( of the vice-chairman, Lee Young-joon). Secretary Kim, though worked under Lee Young-joon for over 9 years, still finds it difficult to work with him, and when she told her plans of resignation, shocked Young-joon, realized his feelings for her and wanted her to be with him at all cost. But still,mi-so never knows that the person she desperately looking for years is with her. Meanwhile, Young-joon’s brother’s friendship with secretary Kim makes Young-joon extremely jealous and eventually adding fuel to his Narcissistic personality.

Every scene is fantabulous and his captivating ambitious nature, his jealousy and hot-tempered reactions when whoever (even) touches his girlfriend are mindblowing!

What’s Wrong with Secretary Kim is one of the highest-rated Korean dramas in cable television history and Park Seo-joon was awarded Top Excellence Award, Actor in a Miniseries at 6th APAN Star Awards for WWWSK.

OTHERS NOTABLE DRAMAS OF PARK SEO-JOON:

Park Seo-joon acted as Moo-myung/Dog bird, a young man from a low-class family (classes were distinguished in that era) who later becomes a legendary hwarang warrior. Though this drama is a commercial failure and has got only 8.4% average ratings throughout the show, this drama was well received in other countries and considered as a notable drama in Park Seo-joon’s acting carrier. Park Seo-joon went on to receive the Netizen Award at 31st KBS Drama Awards for this drama.

The main plot is about an elite group of young men called “Hwarang” who discover their passions, love, and friendship.

The regent of the Kingdom of Silla, Ji-so, creates an elite group called “Hwarang” to suppress the power of nobles who thrived because of the bone-rank System (people were categorized as classes based on the family they born into). The Hwarang is full of male youths who bonds and grow with passion and friendship. And the group includes the future king of Silla, which no other knows.

Kill Me, Heal Me:

Along with the drama “She Was Pretty”, Kill me, Heal me is one the dramas which lifted park seo-joon’s acting career as a Hallyu star. In this Drama, Park Seo-joon acted as Oh Ri-on, a normal guy who flirts with girls, but a famous mystery novelist under the penned name “Omega”.

The story revolves around Cha Do Hyun(played by ji Sung), a third-generation business heir. As a result of several life-threatening traumatic events, Cha Do Hyun suffers from multiple personality disorder and Oh Ri Jin (played by Hwang Jung-eum), a psychiatric and twin sister of Oh Ri On (played by Park Seo-joon), helps Do Hyun in treating Do Hyun’s psychological problems.

The story becomes serious, when Oh Ri On goes after Do Hyun to uncover the immoral lives of rich.

The Chronicles of Evil-2015

Park Seo-joon’s upcoming movie is Dream with IU. He gonna act as a professional Soccer Player and the movie is expected to be released in 2021. The filming has already begun in May 2020.