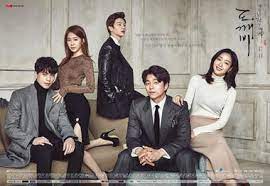 Are you new to Korean dramas, or ran out of suggestions? if you don’t know which fantasy drama to watch or where to start, this article will guide you!

These are the Allsorts Kdrama’s Top 5 Fantasy Korean Drama till Date (2020)!

Secret Garden is a fantastic Cinderella story between Gil Ra-im (played by Ha Ji-won), a stuntwoman, and Kim Joo-won (played by Hyun Bin), a CEO of a renowned department store. while trying to resolve a scandal of his cousin, Oska (played by Yoon Sang-hyun), a famous singer, Joo-won meets Ra-im and gets impressed by her stunning coolness though she does not meet his expectations to be his woman. As his feelings for her started growing strong, he went on to propose her. After several meetings, Ra-im gradually started liking him.

Now the real story starts when Joo-won’s mother disagrees with their relationship. Despite her strong approval, they both get married.

However, when Yoon Seul (played by Kim Sa-rang), lover of Oska, set her eyes on Joo Won instead of Oska. The story takes a complete turn and becomes even more complicated when Ra-im and Joo-won magically start switching bodies.

Though a fantasy drama, Secret garden touches all genres like comedy, action, and Romance. The screenplay involved a number of romantic scenes which makes Hyun bin and Ha ji won, a super romantic pair which was beaten up only after a decade. Get what I’m saying?

Secret Garden was a huge success and created another Korean wave after jewel in the Palace. The profit was huge as well, with an approximate estimation of more than 20 billion won worth of economic effect.

The nationwide Average audience share according to AGB Nielsen crossed 24%. It won a number of awards at the 2010 SBS Drama Awards and the 47th Baeksang Arts Awards, which includes the “Grand Prize (Daesang)”  for Hyun Bin.

Based On the Chinese classic novel ‘ Journey to the West’, A Korean odyssey portrays the war between Son oh-gong and heaven!

Seon-mi is a young girl who can see ghosts and always had to protect herself from ghosts by a small yellow umbrella with protection spells. One Day after exorcises the ghost for her, Woo Ma-wang, a mysterious man asks her help to retrieve a fan from a magical house where Son Oh-gong, the Monkey King, was imprisoned inside by Heaven for his crimes. Despite Ma-wang’s instructions, Seon-mi freed Son oh-gong with a promise that he would help her whenever she calls out his name. But, Son oh-gong tricked the Young Seon-mi.

After 25 Years, things get complicated when Seon-mi becomes oh-gong’s prey but also he is bound to protect her because of a trick by Ma-wang!

Interesting plots and performances made this drama phenomenal! characters helping each other, at the same time, betraying each other will be unpredictable! The sam-jung character who gets caught between the bull, monkey, dog, pig, and zombie is an ultimate portrayal! The Monkey vs. Bull witty remarks at each other even at difficult times make this drama extremely amusing! The zombie and pig’s brotherly love will break one’s heart. Needless to say, A Korean odyssey drama is a binge-watch!!!!

The story is about an alien Do Min-joon (Kim Soo-hyun) who landed on Earth during the Joseon Dynasty in the year 1609. He loves a young human girl named Yi-hwa, who accepted his true self. During an accident, when he tried to save Yi-hwa from falling off a cliff, he misses superpower and the girl sacrifices herself in order to save him. This incident made min-Joon becomes stoic and he continues to live on earth due to circumstances and he waits to return to his planet.

Thereafter, in the modern era, he meets Cheon Song-Yi, a doppelganger of his Joseon era lover and top Hallyu star who is very rude and bimbette. She always believes that she is every man’s type until she meets emotionless Do Min-joon, who is her neighbor. Soon, she develops feelings for him. What happens when min-joon reciprocates her feelings is the rest of the story.

My love from the star became the most expensive Korean drama sold at US$35,000 per episode to China and became one of the most viewed streaming shows on iQiyi, where it was streamed more than 14.5 billion times in two months. Even the favorite food of the female lead enjoyed super sales in China.

This drama’s storyline is considered as one of the great innovative stories until now. The romantic punch lines in this drama are one of the most impressive ones till now!

Jun Ji-hyun, This Fashion Queen of Korea’s make-up, dresses worn were being very popular and marked an unprecedented hike in sales. It became Korea’s most favorite program in a poll (conducted by Gallup Korea) with 11.5 percent of votes, which is considered a magnificent achievement.

The story revolves around a hotel, Guest House of the Moon. The Hotel is not for living human, It’s an Exclusive hotel for souls/ghosts. This Supernatural hotel is not visible (in its form) during the Day time. Everybody working here and the customers are ghosts/souls. Humans are invited upon only special circumstances if suppose any ghost wants to have a word with its living relatives or during the lunar eclipse. The existence of such a supernatural hotel is to let the ghosts finish up their unfinished business. Only a few ghosts have the power to appear before the humans with several restrictions, and if broken, the soul will be destroyed and cannot be reincarnated! So What would the remaining ghost do, and how will they interact with the normal people without power? For that, a human must be hired as Manager, who can see the Ghost.

Jang Man-wol ,a ghost(Lee Ji-eun) is the owner of this hotel, currently known as the “Hotel del Luna”.And because of his father’s agreement with Man-wol, Gu Chan-sung (Yeo Jin-goo) happens to become the Manager of the ‘Hotel del Luna’, and everything has been tracked and controlled by the deity Mago (Yi-suk Seo).

The overall storyline tells how different and unusual the screenplay is. Hotel del Luna was the most viewed tvN drama of 2019, and it is one of the highest-rated Korean drama in cable television history. Hotel Del Luna won Best Drama Series under Regional Category at 2nd Asian Academy Creative Awards with several awards received for best OST category.

This international fame drama is a treasure for the South Korean Cinema industry!

The story depicts the life of Kim Shin, a Goblin (Gong Yoo) who was a military general from the Goryeo Dynasty. Being framed for treason and at the end leading to his family’s death including his sister who is the royal consort of the Young King! To protect his country he had already killed thousands of warriors and thus he is cursed to stay immortal to mourn his loved ones’ death for Years. Later, he becomes an immortal goblin with a sword pierced in his chest at all times!

In 2016, He lives with a Super Cool Grim Reaper (Lee Dong-wook) as his nephew Yoo Deok-Hwa (Yook Sung-jae) leases his house in his(Goblin’s) absence. Though they tease each other and the grim reaper wanted him to be dead, bromance groom in between! Meanwhile, to become mortal, the goblin’s bride must take out his sword pierced in his chest and he is in search of her. Finally, Ji Eun-Tak (Kim Go-eun) appears!!

On the other end, Sunny (Yoo In-na), a young lady who runs a chicken shop meets Grim Reaper (Lee Dong-wook) and these four people come to a single picture when Goblin wanted Eun-tak to work as a part-timer at Sunny’s Chicken Shop which most of the times runs without customers. Gradually, they came to know their connections in their previous life.

Goblin is the 5th highest-rated Korean drama in cable television history (As of June 2020). The drama has won several Nominations and Awards especially Grand prize (Daesang) Award for the Writer (Kim Eun-sook). All the characters and dialogues are remarkable even now.

Lee Dong-Wook got international fame because of this drama and the black dress worn by him and his co-stars enjoyed an unprecedented hike in sales especially Goblin’s attire.