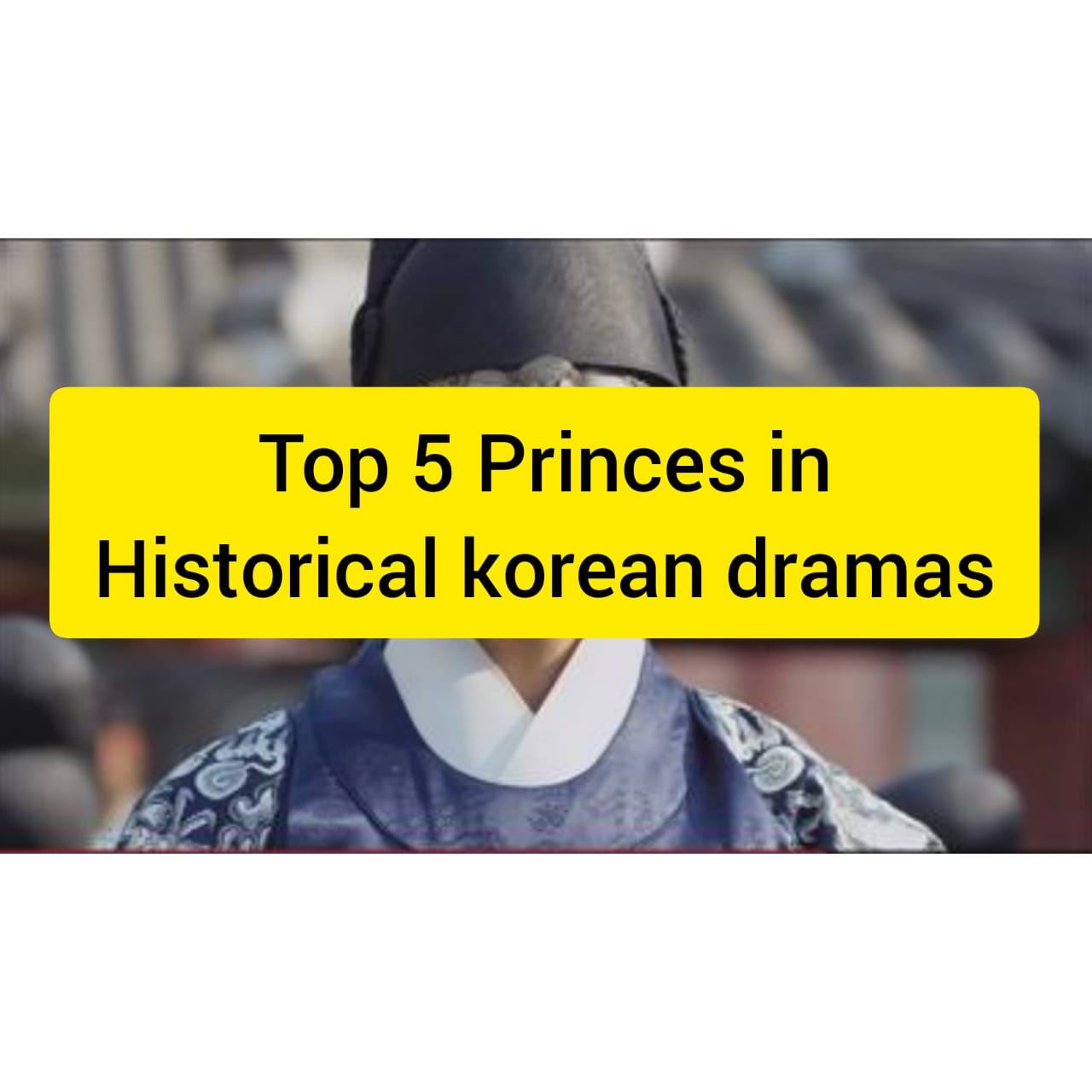 Historical Dramas Are Famous for the Depiction of Joseon/Goryeo Era! From the Dragon Robe, Hanbok, to the Hair stick, the colorful sceneries make us to Binge Watch!

Here are the Top 5 Princes in Historical Korean Dramas!

Prince Baek-ah, is the 13th Prince of ruling Wang family during the reign of King Taejo!  Baek-ah is interested in Arts ever since he was young! As his mother’s family is now doomed, his existence as a royal prince is highly ignored!

Though not portrayed as a warrior, baek-ha is a Best Flower Boy of Goryeo and at all times he is surrounded by women! His Charms lights the whole palace whenever he appears! His unique hairstyle, his eyes that yearns for the glimpse of long-last love, his blind love for woo-hee is imperial!

4.Yoo Seung-ho as Yi Sun (The Emperor:Owner of the Mask)

King Ki Yoon Covers the the Crown Prince’s face with a mask! At childhood, after escaping from an assassination attempt that cost his father King Ki Yoon’s life, prince Yi sun devote himself to fight against secret society “Pyunsoo Group” that controls the government. He has to outcast the current masked Fake king in order to retain his throne! In the Meantime, he disguises as a Chief Peddler.

Yi sun shows various emotions and still his charm is the same!

The young and handsome 20-year-old Prince Yi Rim has been living his lonely life! He stays alone in his chamber by remaining from the politics of the royal court. In spite of this, he has found solace through writing and his hobby comforted him from his depression of loneliness. He hides his own identity and had a pen name “Maehwa”, and keep himself engaged by writing romance novels that became famous all over, especially popular among women readers.

Like the Drama, Lee Rim is a charming, lonely, depressed, and his reactions on Hae-ryung criticism will be humorous.

This portrayal has shaped Cha Eun-woo as a Flower Boy!

2.Park Bo-Gum as Lee Yeong (Love in the Moonlight)

Love in the Moonlight, the story revolves around the Childhood and adolescence of Crown Prince Lee Yeong (Played by Park Bo-gum) and His relationship with Ra-on who disguises herself as a Eunuch!

Park Bo-gum is praised as “Nation’s Crown Prince” by the media.

The First Teaser of Love in the Moonlight was a Super hit and reached many audiences! The moves of Bo-gum, dressed in dragon robe and dancing to Jessy Matador’s French pop-song “Bomba” in front of Gwanghwamun was lauded by the critics!

Wang So, a Cold-hearted, fearsome, and dangerous, who hides his face behind a mask due to a scar which was considered as inauspicious at the time.

He always yearns for love as he is treated as a Beast or Animal even by his own brothers and that made him a Cold-hearted and unapproachable Man!

His forced love on Hae-soo and the will to make her love him back at all cost will show how determined he is!

Won Bin And His Rumored Projects