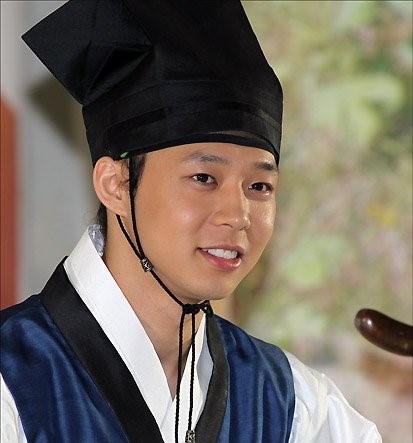 Park Yoo-chun (born June 4, 1986) is a former member of the South Korean boy bands JYJ and TVXQ and had starred in acclaimed dramas like Sungkyunkwan Scandal (2010),Rooftop Prince (2012) and Three Days (2014) with finally being The Girl Who Sees Smells (2015).

After moving to US when he is 12 Years Old, returned to South Korea in 2003 and debuted as a singer of the best-selling K-pop boy band TVXQ.

Yoo-chun made his Korean Debut through the Critically well-received drama Sungkyunkwan Scandal along with an ensemble cast. He won several awards at The 47th Baeksang Arts Awards, the most prestigious entertainment awards in South Korea and 6th Seoul International Drama Awards.

In 2016-2017, he was accused of Sexual assault by 4 women whereas the accuser named “A” garnered a extensive media coverage. Park Yoo-chun denied the charges by stating that bathroom was “too small” for Yoo-chun to have raped “A”. Further, he claimed she had filed those charges for not giving her his contact number after consensual Sex! This was a long battle right from the year 2017 and ended by Feb 2021 after yoo-chun paying the 50 million won compensation in full.

After Acting as a Male Lead in Quite a Number Of Projects, he lost himself to Drugs!

On April 26, 2019, Park was arrested on suspicion of purchasing and using drug methamphetamine. He was also suspected of attempting to destroy evidence by dyeing and shaving the hair from his body before undergoing the drug test.

Following the termination of contract with his agency, His career began to shake by early 2019, after being arrested on suspicion of illegal drug use with his ex-fiancee Hwang na-na. Prior to that, he made the headlines as his engagement to Hwang na-na, is called off after mutual consent.

To everyone’s surprise, he announced his retirement from the entertainment Industry by the year 2019 when he is about 33 Years Old. His Agency announced it officially after terminating the contract with him.

During the trial, After constant denial, he admitted the drug charges and was sent to ten months imprisonment, suspended for two years and a fine of 1.4 million won. He had completed his probation then!

On July 31, 2020, it was announced that Park was working on a new album! And, all were on his way Till his yet another lawsuit!

On August 2021,park accused his former agency for having “barely paid” and embezzlement of his funds. In responding to the accusation, his agency filed a lawsuit on grounds of Breach of Contract and Defamation!

As of November 2021,he is temporarily banned from appearing on TV unless the activities were with Yesperar, his former agency, a verdict order by the Seoul Court.

The Agency has also filed for compensation for spending the agency’s 100 million Won on an adult entertainment business.

Rape Scandal, Use of Illegal Drugs and Gambling led to the Fall of Park Yoo-Chun!