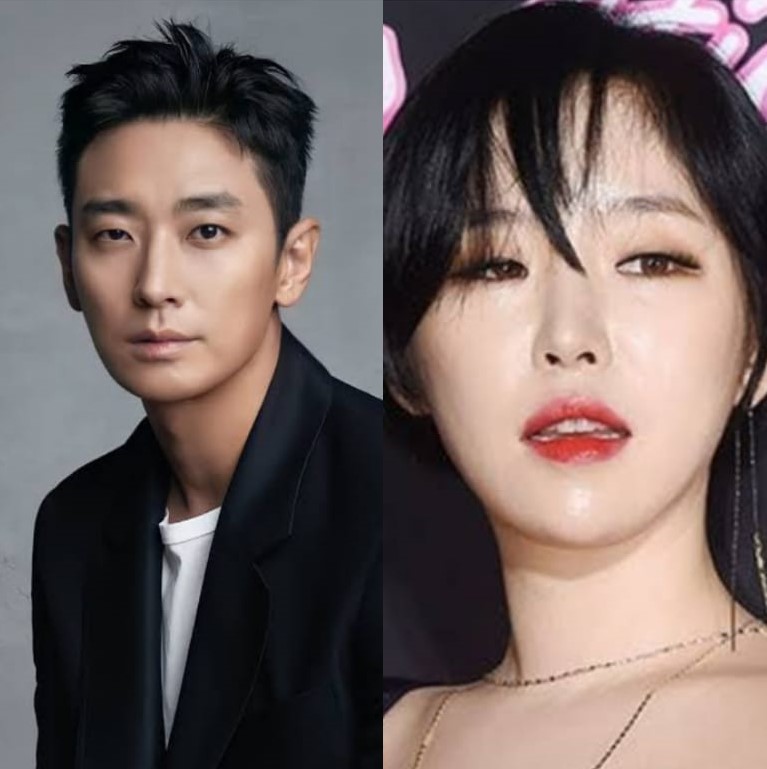 In 2020, it was reported that the “popular girl group member” was fined for illegally using propofol and now revealed now that it is “Brown Eyed Girls member Ga In”!

It is true that last year, Ga In was fined 1 million won (~ $884 USD) after being indicted on charges of illegal Propofol use. We deeply apologize for the fact that both Ga In and the agency did not apologize for this mistake earlier and caused more concern with the sudden news, despite recognizing it as a socially incorrect action.
The accumulation of Ga In’s both severe and less severe injuries during her long career of promoting as a singer has caused her lasting pain, depression, and severe sleep disorders. Throughout all this, she ended up recklessly making a bad decision. Although the individual pains suffered by the artist increased over the past years due to certain circumstances that we cannot speak of, neither the artist nor the agency were able to find an effective solution to get out of the worsening situation. As an agency, we deeply apologize for our lack of responsibility.
From now on, Ga In and Mystic Story will do our best to stand in front of the artist’s fans and the public in a more mature manner. Once again, we sincerely apologize for causing concern.

Joo Ji Hoon starred in Ga In’s music video for “Fxxk U” in January 2014, which had invoked controversy and deemed to be unfit to broadcast due to its Explicity. meanwhile, Joo Ji Hoon and Ga-in went public with their relationship in May of the same year.
In 2017, Following reports of Ga In and Joo Ji Hoon break-up rumor, their respective agencies have confirmed that the news is true.
Keyeast Entertainment and Mystic Entertainment on their official statement said,

“It’s true that [Ga In and Joo Ji Hoon] have broken up. We ask for your understanding that any further details are private matters, so it is difficult for us to say more.”

After a short while in june 2017, Ga In confessed on Instagram that his ex-boyfriend’s (Joo Ji-hoon) friend had offered her marijuana that invited a official police investigation into the accusation.
Moreover, right after the incident, Ga In had uploaded a series of Instagram posts confessing that her boyfriend Joo Ji Hoon‘s friend offered her marijuana and clarified that she rejected it.

“Yes, I’m a mental patient undergoing treatment, and I’m not ashamed of that. I’m going to be cured. I will tell you one by one why I’ve gone crazy, even if it gets me in jail and even if it gets me killed.”
“As you all may know, I’m the girlfriend of a previous junkie (Of course, as far as I know, he has received all appropriate punishment and now lives diligently). But even if I’m Joo Ji Hoon’s girlfriend, [Park Jung Wook shouldn’t have done this]. His friend Park Jung Wook offered me marijuana. Yes, I almost gave in, since I wasn’t in the right mental state. But I’ve been clean all my life, and I won’t do marijuana until it becomes legal. [I don’t need marijuana], I’m already injecting legal morphine. If you’re butthurt, smoke [marijuana] and go to jail, or be really ill and take morphine. You’re a dead man if you recommend me to do marijuana.”

The text message conversation in the screenshot is as follows:

But none can forget the JOO JI HOON DRUG SCANDAL:

On April 27, 2009, Joo Ji Hoon was arrested by Seoul Metropolitan Police on drug charges. He then pleaded guilty and was sentenced to six months of jail time, along with 1 year suspension, 120 hours of community service, and a fine of ₩360,000!
This Drug Scandal caused a immense drawback in his acting career. His loss is huge until his comeback in 2011.