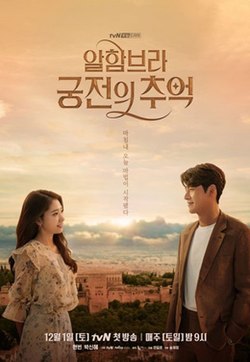 A CEO and a Hostel Owner entangled between Real and AR World!

Spain, Barcelona is where the story takes off its pace.

There is this stranger communicating with a person in a booth regarding his arrival to the Barcelona, mentioning about the mail sent by him. He seems to be freaked out and petrified while he specifies that he isn’t interested in vending the thing to the other guy.

He mentions on the call that he will be waiting for him at the Bonita hostel in Granada, as he caught a sight of someone looking at him from far away terrifies him to run and he gets into the train leading towards his coach and falls asleep to wake up in the morning where he reaches his destination.

All of a sudden the climate changes and he starts to hear the guitar playing where he gets panic and rushes himself to the door where he finds a man with a gun and later he is seemed to shot.

Later the train stops at Granada where there is only his bag and nothing else.

Few moments before they’ll be a show telecasting on Hee-Joo’s TV regarding the smart lens to be launched by the Yoo-Jin-Woo ‘s company while she’ll be asleep on the sofa.

There rings the doorbell where she finds Yoo-Jin at her door enquiring for the availability of rooms at her hostel.

Hee-Joo starts probing about the details needed where he mentions that he wants a single room.

Later she takes him to the 6th floor of the hostel, there she finds a single room for him. Looking at the status of the room as it is to be too dirty, he asks if they had only this.

Hee-Joo mentions that they only have this room if he isn’t comfortable with the room, she tells him to find some other hostel to stay.

Yoo-Jin rejects the idea and agrees to stay in the same room given to him.

Apparently Hee-Joo’s grandma appears to enquire about the person at that late hour. Hee-Joo says that a guy arrived who was in need of a room and seems to be rich enough, but she doubts him as he is insisting on staying here in spite of being rich. Grandma tells that he might be faking himself to be rich and not to bother much about it.

On the other side Yoo-Jin’s assistant James calls him up to ask him where he is as he couldn’t find him in his room.

Yoo-Jin asks him to come to Granada as he warns him to be there early in the morning or else, he would be losing his post. James agrees to this and decides to leave to Granada.

Yoo-Jin runs out of battery on his phone and gets down to charge it while he keeps messaging someone on his phone enquiring how much it’ll need to get completed. The other person on the phone replies he needs half an hour or so to complete it.

He feels hungry, gets himself some food to eat for himself while Yoo-Jin’s sister Min- Joo arrives and seeks his permission if she could practice her dance there if he didn’t have any problem with it.

Her practice session causes him a little problem but manages to complete his food and checks his phone.

He receives the message telling him that the assigned work has been completed and asks him check for it.

Yoo-Jin reads the message reached him and leaves out in search of something and talks to himself saying while people come to Granada to see Alhambra Palace but I’m here to experience something else and that is magic and he reaches to a place where he starts gazing around and there arrives a man more like a soldier on the horse and out of nowhere a man appears in front of him from the top and attacks Yoo-Jin and he tends to bleed. He gets a notification which says “YOU HAVE BEEN KILLED BY A NASRID KINGDOM WARRIOR”

Yoo-Jin gets stunned at the incident happened where the blood tends to disappear.

He gets excited and shares it with a man on his headphone that is Chong on the other side.

While Chong appreciates but shows his dissatisfaction regarding it being in Spain and not in his country.

By the time of this conversation he removes his lens from his eye and glares at it. The whole incident that happened is through the lens, known to be Augmented Reality Game (AR).

Yoo-Jin enjoys the presence in the game and thinks to launch this game within a year.

Now the story directs itself to the flashback where it connects with the first episode. That is 4 hours before Yoo-Jin on his bed asleep gets a phone call as he was in Barcelona for a meeting. He receives the call and talks to the person.

The person here is the stranger from the first episode, he informs Yoo-Jin saying that Dr.Cha offered him with great sum for this game but he didn’t want to lend it to him as he was a  bad person and not worth it and requests him to come to Granada , hostel Bonita and to wait for him as he stays there and requests him to read his mail and goes off the phone.

Yoo-Jin being not interested in the matter but Dr.Cha caught his attention. He calls a person and requests him to get him few details regarding a number. And that person agrees to give the information.

This incident now directs him towards the present situation where he goes to experience the game.

The game starts where it says ”WELCOME TO GRANADA,1492”

It seems to be very interesting with amazing features which includes equitation of your own weapon, maps, etc., It seems to be real without any device but a pair of lenses.

Yoo-Jin sets off to the game where he goes to equip a weapon.

He gets a weapon appearing near him “RUSTY IRON SWORD: ATTACK 50, DURABILITY 50”, it says with the map included. On the other side Chong keeps track of the game going on while Yoo-Jin’s friend accompanies him commenting that the game is very unique and rare.

Yoo-Jin after equipping the weapon returns back where he had been earlier to start the game. He keeps playing until morning. He gets successful in levelling up himself from level 1 to level 2 where he gets a key near the fountain as a reward. He being very happy falls asleep for some time as he was tired. Suddenly realizes about the stranger and heads back to the hostel thinking whether the stranger might had sold the game to Dr.Cha.

Later he comes down to recharge his phone. While the medical student who resided, there was cooking for himself.

He asks Yoo-Jin who went to charge his phone to look after his cook as he wanted to go the restroom. Yoo-Jin agrees with it while he gets a call from the person whom he had asked the information for.

He gives in information about Dr.Cha saying that he had Cha had cancelled all his plans even if it was full.

Yoo-Jin get tensed thinking that he might have sold the game to Cha but the guy makes it clear that the stranger cannot sell the game as he was minor who was 17,and he needed a guardian to do so.

Yoo-Jin asks about the guardian while the cook on the stove start to over boil and the fire alarm starts to ring loudly.

He goes near it and off the stove and goes out as he couldn’t hear a thing as the alarm didn’t stop at all.

Here comes the Hee-Joo to see what happened as she hears the noise from the kitchen.

As Yoo-Jin goes out to talk he loses his connection over Bluetooth as it was of a long distance. It gets him too irritated and gets himself back inside where Hee-Joo still is trying to off the alarm

Yoo-Jin gets terrified regarding the situation and started to blame her saying that he was working in a bug project which was worth a million and asks her to get rid of the alarm as soon as possible and leaves the place in an arrogant manner.

As he tries to leave the place Hee-Joo stops him and stands up for herself saying that it was her kitchen and he had no rights to tell her what to do and what not to.

Yoo-Jin hangs up the call and answer her telling as she was the owner of the awful place doesn’t mean she can do anything as her wish. He mentions that he being a business man cannot tolerate all these things happening to him and tries to leave.

Hee-Joo specifies that she had already offered him to stay somewhere else if it was not worth him and cries in grief.

Yoo-Jin calls up the person to get the information while he mentions that the stranger who had called was See-Joo who is a minor and he has a guardian named Hee-Joo, who runs a hostel in Granada called Bonito.

Here the story unfolds that the stranger was Hee-Joo’s brother.

Listening to all these Yoo-Jin thinks of getting a contract signed with her.