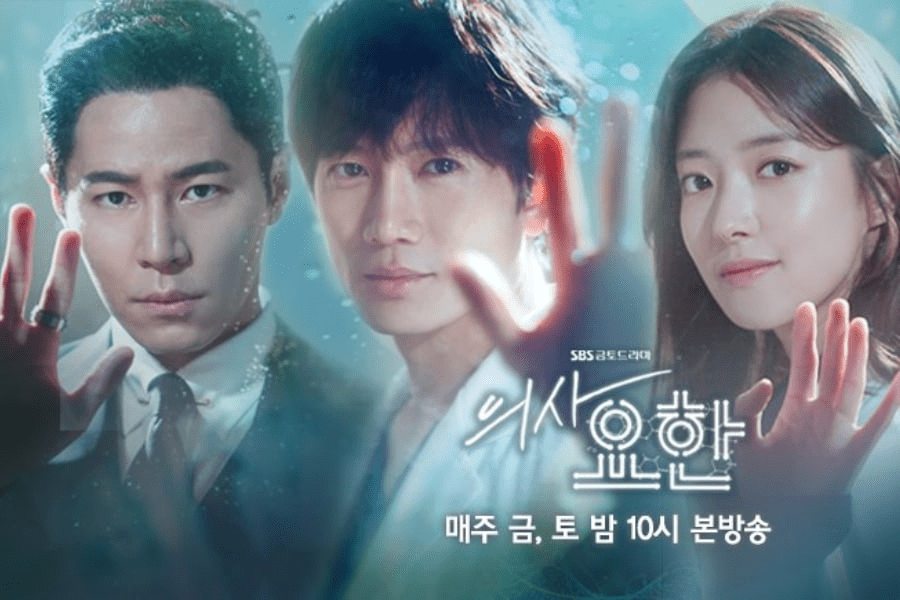 Doctor John Summary – Cha Yo-han (Ji Sung) is an ex-convict and an anesthesiologist. He is sentenced to jail for 3 years because of performing euthanasia on a patient, who was suffering from terminal cancer. Without getting approval from the guardian or the patient, he made that patient die by injecting a lethal drug. It created a furore and due to this, his registration was revoked and he had to serve 3 years sentence. He became famous (infamous, to some) among the inmates as he always takes only ten seconds to deduce an illness. He meets Kang Shi-young, a second-year resident, and the medical officer of the prison.

After released from the prison, he become the Head of department of anaesthesiology where Shi-young becomes his student.

Episode 1: Si-young as Prison’s medical Officer and the introduction of inmate 6238!

The first episode starts with an unconscious inmate being rushed to the medical officer room.
The medical officer not able to figure out what the actual issue is, and went on to call 911 himself and the duty officers running behind him! A man with prison dress suddenly opens a door, though the face is not clearly shown, he treats the man, he injected a syringe and sucked out the blood from that guy’s chest leaving him to finally breath! Seeing that someone is approaching, the mysterious man who treated him sneaked and walked out from the scene leaving a note to take the patient to the cardiology department with a suggestion including the change of medical officer!

The duty officers came back and find that the inmate is alive! After seeing the left note, they finally assume that it was inmate 6238’s doings!
But who is he? Episode 1 says!

On the other end, a girl is packing her things and when she thinks about the shortage of money, she is immediately called by her uncle who insisted her to come and get the money! The girl seems to have a kinda-always worrying face and finally reached her uncle’s place! she has been followed and photographed by an unknown man!

Her uncle is the duty officer(warden) in prison and she came to see him, her name is Si-young! As the medical officers constantly quit, he wanted Si-young to join as a part-time Medical officer of the Prison to which she agreed. From this, it is assumed that either she might be a doctor or a medical student! Surprised uncle, after giving her certain instructions, left her in the medical cabin office. He gave her a special warning to avoid talking with a particular person and described him as a Psycho which even created a curiosity for si-young!

When a prison official asked her to wear the doctor coat, she refused by stating that she is no longer a doctor, which means she has her own bitter past! After hearing the ridiculous symptoms of the prisoners who just pretend as sick, she gets frustrated. But managed to treat them in her own way!

While treating an emergency case in the prison, she comes across that so-called Psycho-Man, inmate 6238! He helps her in treating a patient who suffers from Deep Neck infection. After treating that patient, she often sees her hand and feels relieved!

A bit of scene is shown where two different individuals visiting a child’s grave. They both vow revenge on a doctor by making sure that he would never wear his doctor gown in the future!
It is not known who the Cha Yo-han is! All they hinted is right now he is in prison.

It is revealed that Si-young is the daughter of chief min, chief of the Hanse Medical Centre in Seoul. She shocked to hear that her daughter saved a patient! But why?

Si-young is curious to know about inmate 6238, so she enquires about him with her uncle. He says he is a very odd man but possesses a great skill of deducting a patient’s illness in ten seconds without any diagnosis! But still, he is not sure if that inmate is a doctor or not! He recalled an incident in which that psycho(so-called) stitched his own wound without any anaesthetics.

Si-young later devastated to meet a guy who happened to be her senior, her past flashed her mind and when her uncle pacified her not to worry, she said that she would repent her mistakes by not wearing the doctor gown ever in the future.

Yo-han after seeing one of his prison mate’s condition urged the medical officer Si-young to be replaced. Depressed si-young however wanted to know the reason. He even scolded her rashly by saying that she is a second-year resident who is clumsy and clueless. He visited her in the medical office and pressured her to write down a recommendation order to take that prison mate (inmate 5353) to the cardiology department. They both had a serious conversation regarding his illness and when he questions about her crime and about her plans to go Madagascar, she felt intimidated.

Si-young mother, chief min knowing about her plan of fleeing to Madagascar, visits her in the prison office. But Si-young is very strong in her decision, though her past is just a mistake, she accepted it as a crime and wanted to be punished! but, what’s her actual mistake?

Si-young starts to the airport and the inmate 5353 collapses. Cha Yo-han treats him with first aid but wanted only Si-young to take him to the hospital. Si-young gave up her Madagascar plan and went towards Yo-han without knowing why he wanted her to take the patient out of all others. When Yo-han promised that he would say what is to be done, she agreed to save the patient at any cost.