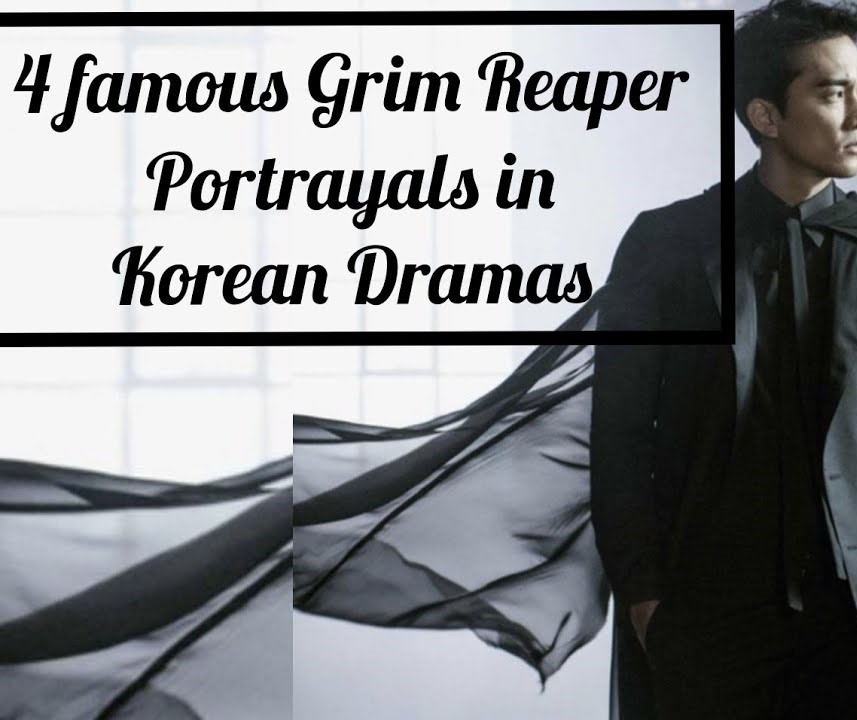 “Grim Reaper”, the Word may sound “Fear Of Death” to anyone, But Not to Korean Drama Fans! The Black dress/suit, Stunning, Handsome and sometimes etiquette or tyrant behavior of these especial black Suit men would entice everyone!

The Universe’s Star is a love story between a gifted and at times arrogant singer-songwriter Woo-joo (Kim Jun-myeon) and Byul (Ji Woo), a 19-year-old soft-hearted student who becomes the Grim Reaper after dying in an accident.

Byul is a soft-hearted Grim Reaper who always cries, pity at humans when she come for collecting the souls. she met Woo-joo, a famous song writer and her crush! And eventually, the love blossom!

Ji woo’s portrayals like an innocent Grim reaper might be a different one unlike other characterizations of Grim Reapers! As the drama is a short one, it will be a Good one!

This Short Drama consist of only 6 Episodes, with each only 30 Minutes running time and was perfectly pictured the roles! Applause to the Splash Splash Love fame Kim Ji-hyun, the director of this drama as well!

Shin Ji-hyun (Nam Gyu-ri),a girl with a perfect life meets an accident and later finds her own body being carted into an ambulance. No could notice her except on! When she is on the way to revive her body, she meets the Grim Reaper/Scheduler (Jung ll-woo)! She was given a second chance since it’s not her destined time to die. She must gather 3 drops of Tears shed out of pure love by the surrounded people who do not have any blood relationship with her. she must gather it within 49 Days! The story further flows on how he manages to get the Teardrops and her past relationship with the scheduler.

The Grim Reaper has to violates the rules to support her.

Jung II-woo as Grim Reaper, this 2011 drama is the pioneer in Grim Reaper Roles! Though cannot be compared to the Mighty Goblin and Black, 49 Days is a good watch too if you are addicted to Grim Reaper dramas.

Black is another Grim Reaper Drama followed By Goblin! This Song Seung-heon and Go Ara starrer drama is about a cold-hearted Grim reaper, 444 who gets into a human body just to find his missing Partner. But he has to stay for a while to get help from Kang Ha-ram (Go Ara) who has the ability to foresee death as she could see a dark shadow, (that is actually Grim reapers) looming over the about-to-die persons. Finally, without knowing, he discovers his own origins and falls for a woman that made him get punished for breaking the rules.

Needless to say. Song Seung-hoon has nailed it! Wanted to a watch ironical Grim Reaper drama, watch the 444 Magic!

A Goblin lives with a Super Cool Grim Reaper (Lee Dong-wook) as his nephew Yoo Deok-Hwa (Yook Sung-jae) leases his house in his (Goblin’s) absence. Though they tease each other and the grim reaper wanted him to be dead, bromance groom in between! Meanwhile, to become mortal, the goblin’s bride must take out his sword pierced in his chest and he is in search of her. Finally, Ji Eun-Tak (Kim Go-eun) appears!!
On the other end, Sunny (Yoo In-na), a young lady who runs a chicken shop meets Grim Reaper (Lee Dong-wook) and these four people come to a single picture when Goblin wanted Eun-tak to work as a part-timer at Sunny’s Chicken Shop which most of the times runs without customers. Gradually, they came to know their connections in their previous life.
Lee Dong-Wook got international fame because of this drama and the black dress worn by him become a trademark attire for Grim Reaper Potrayal!